For travel photo enthusiasts, when it comes to Mexico, Guanajuato City probably wouldn’t even be the first to come to mind. Chances are, it would probably be Oaxaca or Mexico City or its better known neighboring sister city – San Miguel de Allende (SMA). SMA has been a draw for the artsy types and photographers for years, especially since Santa Fe Workshops started doing courses there. SMA also attracts hordes of local tourists and hosts a huge expat community (by some estimates 40% of SMAs population is Norte Americano). But SMA is a topic for another day. All that makes Guanajuato a hidden gem and thankfully less crowded and less touristy!

Some would argue that Guanajuato is the prettiest town in Mexico!

Here are my Five Reasons why Guanajuato checks all the right boxes to move it to the top of your travel list:

Guanajuato City is nestled in a narrow valley surrounded by mountains. The city started primarily as a silver mining town which at one point was the worlds largest silver producer. In the colonial days, they dug tunnels under the city to divert waters of the Rio Guanajuato to prevent flooding of the city.  As dams got built, these tunnels were converted into the major roads traversing deep under the city. As a result today, most of the surface streets and alleys are mostly reserved for pedestrians.

Think of it again…a city where majority of vehicular traffic is underground..how cool is that!

We visited Guanajuato in late February as part of a 5 day trip to Mexico from the US. 3 of those days were spent in San Miguel De Allende and the last couple of days in Guanajuato. Getting to and from the city is easy especially if you are coming from the US. The airport in Leon is only a 40 minute taxi ride away and is connected by direct flights from the US. We hired a taxi and drove in from San Miguel de Allende and it took us about an hour and a half (75km appx). One thing to keep in mind while driving into the city is that you will be driving into the the maze of underground tunnels and if your driver isn’t very familiar with the town, the drive can quickly become a little bit of a nightmare — so be prepared. While the roads themselves are well-marked, the intersections are almost blind and they come up fast giving you very little time to read signs. Note that GPS apps don’t work since you are underground.

Guanajuato has a distinctly European feel to it!

There are little plazas around every other corner that are dotted with cafes. The city hosts some of the best examples of Baroque and Neoclassical architecture in the Americas. The crowd is also considerably younger compared to San Miguel – it is a university town after all. The best and probably the only way to experience the city is by walking its streets and alleys (called callejones). Make sure you have a good pair of walking shoes as you will be doing a lot of walking. And more often than not you will end up climbing up or down alleys and staircases. Keep in mind that altitude may be a factor depending on your fitness level.

In many ways walking the steep hillside alleyways reminded me of the Albayzin of Granada, Spain – minus the tourists and souvenir shops!

The stunning colors of the buildings and houses nestled against the hillsides makes this a fantastic place for street photography. The area around Jardin de la Union and Teatro Juarez are great places for people photography. It is always teeming with locals and tourists alike. Every now and then one can hear the mariachi bands playing music for their customers.

If markets are your thing to photograph, then head to Mercado Hidalgo. It’s a giant covered market originally designed to be a train station and sells everything from crafts and souvenirs to groceries and food. It’s a great place to sample local cuisine at extremely affordable prices. To this day I have a hankering for the Tinga de Res we had at one of the food stalls there!

We spent a lot of time getting lost in the city streets and discovering hidden plazas. Mid to late afternoon is a great time to take advantage of the light hitting the colorful buildings. Here is a photo tip for taking advantage of afternoon light that casts strong shadows – find a good backdrop (which is not hard to in this city) and frame your image with shadows covering part of it. Next, wait around for an interesting person to walk in or out the shadows while the backdrop is still lit. Here is an example to illustrate the technique.

My favorite plaza to photograph has to be Plaza De San Fernando and the area around it!

Make sure you walk down the street named Del Potrero. Its a great photo location lined with colorful houses with a great view of Templo de San Francisco!

For a great sunset view and photo location, take the funicular up to the famous monument of El Pipila. If you are a fitness junkie and need a workout then feel free to walk up there. The view of the city and surrounding mountains from this place is stunning! A long lens like a 70-200mm would be good to have if you want to photograph patterns and cityscape details with great late afternoon light. Stick around till dusk for some great blue hour shots of the city!

Overall, 2-3 days is perfect for a short photography trip to this amazing city. It can easily be combined with a trip to its famous sister city – San Miguel De Allende for an amazing 5-7 day experience.

Oh, and while in Guanajuato, make sure you stop by one of the quirkiest bars/tavern anywhere for a shot of tequila or mezcal – La Clave Azul! And don’t forget to tell the bartender that you want your drink with a side of Sangrita de la Casa!!

For trivia lovers here are some fun facts about the city:

Here are some other regular touristy things to do while in Guanajuato:

All images are copyright of Shamik Photography 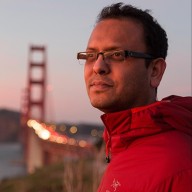